Space is tight (not to mention expensive) in Hong Kong. What's the solution? Architect Gary Chang has come up with an ingenious design: a small, 344 sq. ft. "accordion" apartment that can transform into 24 different rooms, simply by employing the use of sliding panels and walls.

Via the New York Times, 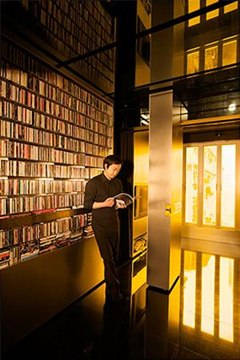 "Mr. Chang's experiment in flexible living began in 1988, when his family moved into a bigger apartment a few blocks away, with his grandparents and uncles... His mother suggested that he take over the lease on their old apartment, 'because the rent was unusually low,' he said. Instead he bought it, for about $45,000.

He had been itching to tear down the walls since his teenage years, when he sketched new designs for the family home, and he then began in earnest. In the last two decades, he has renovated four times, on progressively bigger budgets as his company, Edge Design Institute, has grown. His latest effort, which took a year and cost just over $218,000, he calls the 'Domestic Transformer'.

Behind one movable wall of shelving is an extra-large Duravit bathtub. A glass shower stall doubles as a steam room with color therapy and massage. The Toto toilet has a heated seat and remote control bidet, and sound emanates from a six-speaker home entertainment system.

Moving partitions and opening cabinet doors reveals stacks of carefully chosen objects: Alessi dishes and Arne Jacobsen cutlery; what Mr. Chang calls an 'altar of Muji accessories,' including travel bottles and neatly packaged tissues; and several thousand CDs filling an entire wall. (Mr. Chang, a technophile who checks on his apartment with a Web cam while traveling, refuses to switch to MP3 files because he loves CD cases and liners.)" (Read more). 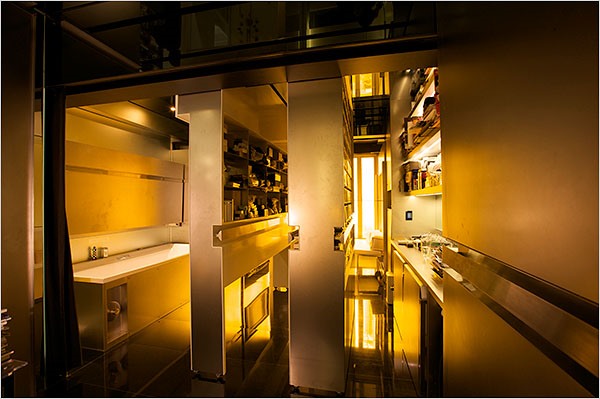 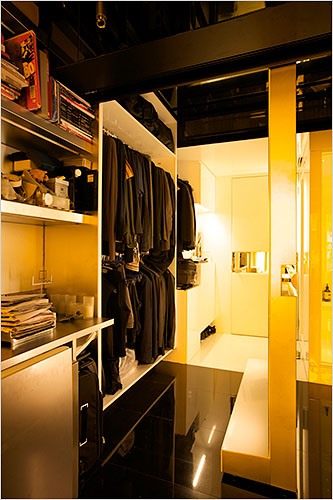 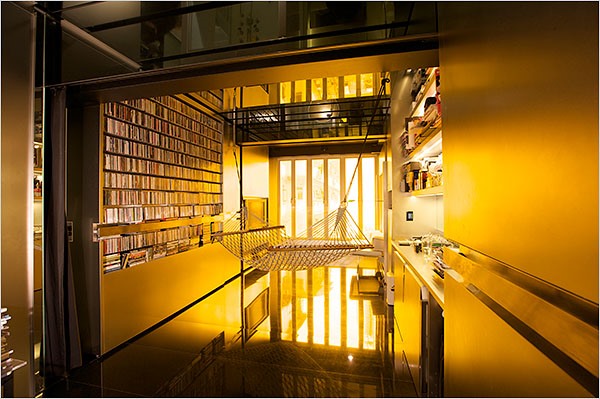 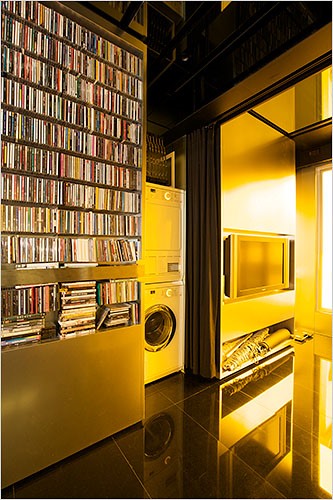 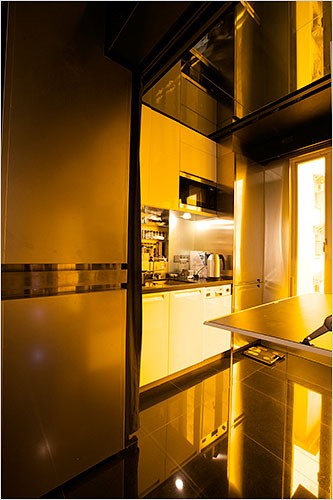 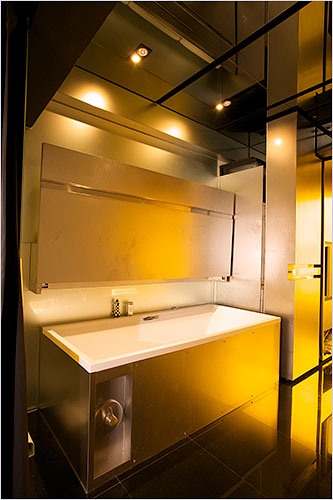 Want to master Microsoft Excel and take your work-from-home job prospects to the next level? Jump-start your career with our Premium A-to-Z Microsoft Excel Training Bundle from the new Gadget Hacks Shop and get lifetime access to more than 40 hours of Basic to Advanced instruction on functions, formula, tools, and more.

Other worthwhile deals to check out:

Join the Next Reality AR Community

Get the latest in AR — delivered straight to your inbox.

This ought a be the future of small efficient apartments. Although if it were completely automated that would be perfect :P

I think this guy has been heavily influenced by Tetris as a kid.

Genius use of dynamic space transformations. Put this on wheels and the solution goes to the next level. Adapt it to water environments to permit flotation on fixed or movable barges and the solutions for global warming-sea level rising is achieved. Thank you Mr. Chang.